So far in our series on email, we’ve focused on reducing the number of unnecessary emails, and cutting down the size of your emails by using links instead of images and attachments. Today, we’re looking at making the communication process more efficient by making emails easier to understand, faster to retrieve, and telling people how you want them to respond.

1. Use a clear subject line

Your subject line has two uses. It tells people what’s in your email, so they can decide whether to open it, and it enables them to find emails later.

A subject like “Feedback” tells your recipient nothing. It’s far more effective to say “Comments on proposal to Mackenzie”. When that arrives, they’ll immediately know whether that’s something they need to review, or whether they can leave it till later. And when they’re searching through their email folders, it’ll be easy to find.

In the best case you don’t need to put anything in the body of an email at all. The subject “Today’s lunch meeting moved to 2pm” tells your recipient everything they need to know, and they don’t even have to open the email. For people using a mobile device, that’s extremely handy.

A good subject line can save everyone time, so spend a few seconds crafting one that works.

Many people feel a need to respond to an email, just to be polite. This generates a lot of unnecessary traffic.

“Here’s some information you may find interesting.”
“Thanks.”
“You’re welcome.”

If you’re not expecting someone to respond, start your email with FYI (For Your Information). Better still, put FYI in the subject line, so they know they don’t even need to open your mail until later. This tells them that they don’t need to reply or do anything. They can put your message to one side and get on with more urgent tasks.

Conversely, if you do need someone to do something, say so up front. If you leave the action points to the end of a long email, there’s a risk that your recipient may not notice that they have to do something. Starting with “John, can you review this and get back to me by Thursday?” makes everything clear.

Letting people know that you don’t need them to act will reduce their stress and reduce your incoming email. After a while, you’ll start to become very conscious of how many emails you’re sending just to keep people in the loop. 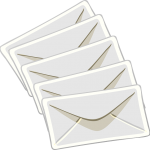 3. Use CC and BCC effectively

If you’re sending email to several people, you can choose between To: CC: and BCC: Make these more effective by using the following simple rules.

As we said previously, consider how many of those people actually need to be copied in. As a general rule, only CC people who need to be kept informed at every stage – in a lengthy discussion, it’s often more efficient to inform them when an issue is first raised and when it’s resolved or you need input.

4. Only use urgent if you mean it

Many email clients allow you to tag emails as urgent or high priority. The truth is that hardly anyone ever pays attention to those tags, so don’t bother using them.

If something really is urgent, say so in the subject line. Don’t use the word URGENT either. It’s much more effective to use a subject like, “Everyone! Today’s lunch meeting is cancelled!”

Great communication involves making sure the other person is aware what’s expected of them. Distinguish between whether you’re asking someone to do something or just keeping them informed. You’ll soon reduce the number of emails you have to deal with and cut down on confusion.

Next time, we’ll look at how you can use filters to control your inbox and streamline your incoming email.