One of the best and simplest ways to make your emails more effective is to keep them as short as possible.

It’s tempting to write long, detailed, emails that provide your recipient with every piece of information they may need. Unfortunately, that’s often counterproductive. Your reader will probably either push it to one side to read later, or not bother reading it at all.

This experiment from Ridiculously Efficient shows that the shorter you can make your emails, the more likely it is that you;ll get a quick response. Ideally, try to keep your emails to just 30 words. If you can cut down to just 10 words, so much the better.

Obviously, not all emails can be cut this short, but being brief is a good habit to get into. If something needs further discussion, then why not try this approach?

I have some queries on the new brochure. Shall we discuss them at 3pm by phone? Shouldn’t take more than 10 minutes. 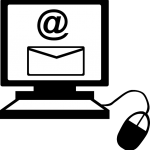 Many emails degenerate into lengthy documents, containing the complete history of a conversation. Some comments are at the top of the email, some at the end, and others scattered throughout the text. Often, the topic has drifted far away from the original message, and you’re left with an email full of irrelevant material you’ve already read. This can be hugely inefficient. You’re expecting your readers to go through the whole thing looking for the bits they’re supposed to read. It’s a waste of their time and there’s a strong risk they’ll miss the important material.

Cut the quoted text down so that you’re only sending the material that your readers actually need to see. They’ll be able to focus on what you’ve written and it’ll save them time.

If you’re forwarding a long email to a manager or co-worker, it’s often better to summarize the contents rather than expect them to read through it all. You can provide the full correspondence later if they need it.

John, we’ve talked to the guys at Acme Widgets and they’re adamant the last shipment never arrived. I’ve checked with the couriers and they swear they delivered it. Shall I credit Acme anyway or do you want to review the correspondence first? 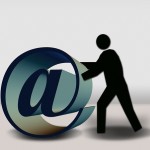 Subject lines also grow as conversations continue. How many times have you seen something like this?

Annoying, isn’t it? Especially when it’s now Tuesday and the conversation has moved on from your plans for last Friday night. It’s even more annoying when you’re on a phone screen and the actual subject of the email isn’t visible. Trim the subject line down to get rid of the extra Re’s and Fwd’s, and the topic has changed, change it.

The less you give people to read, the more likely they are to read it, remember it, and respond to it.