Why Rendering Skills Are Very Useful And How To Develop Them - PRR Computers, LLC

Rendering is the process of taking a 3D model and turning it into a visual representation that can be viewed on a computer screen. Renderers are used in a variety of industries, from entertainment to engineering. Why is rendering so important? The answer lies in its versatility. Renderers can be used for a variety of purposes, from creating illustrations and diagrams to creating animation and video. In this blog post, we will discuss the importance of rendering skills and how to develop them. We will also provide tips on how to render models for specific purposes, such as engineering or product design.

Rendering is the process of creating a graphical representation of information for display on a screen or printer. It can involve converting data from one form to another, such as text into images or 3D models.

Rendering skills are very useful because they allow users to create efficient and accurate representations of data. Rendering can be done manually or with software. Manual rendering involves drawing images or models by hand, while software rendering uses computers to produce images or models. Both methods have their pros and cons, but software rendering is generally faster and more accurate. Also, to quote the folks at NoTriangleStudio.com, whilst static renderings are an effective tool to present your development, architectural animations take this to the next level by including camera movements and music. Anyone who needs to produce graphics for a website or presentation should learn how to render them.

There are many different types of rendering programs available, so anyone can find the right one for them. Anyone who wants to develop strong rendering skills should start by learning some basics and then expanding their knowledge based on what they need.

2D graphics rendering is used to produce depictions of scenes in a two-dimensional space. It’s often used for images on the screen or in printed material. This type of rendering is fast and efficient because the computer doesn’t need to draw everything twice – the first time it calculates the position of every object in the scene, and the second time it renders directly to the screen or print. However, 2D graphics rendering can be limited by what you can see on-screen at any one time, as well as how detailed a picture can be.

3D graphics rendering lets you create images that simulate physical objects in three dimensions. This type of rendering is more complex than 2D rendering, and it requires more processing power and memory. But 3D graphics can create more realistic images that are easier to navigate and interact with. Furthermore, 3D renderings can be used to create animations – moving images that represent real-world actions – which are increasingly important in video games and other multimedia applications.

4K (4 times resolution) rendering uses four times as much data as standard HD (High Definition) video to produce an image. For example, if you have a 4K monitor that displays a resolution of 4096 x 2304 pixels (4096 pixels per inch), then 4K renderings will use roughly 16 Billion individual pixels!

The Benefits of Rendering

While there are many different rendering programs available, all share certain common features. These include being able to use shapes and textures to create realistic images, as well as the ability to export these images into different formats for use in other applications. Renderings can also be used to test designs before they are actually created in physical form.

The benefits of rendering skills are many and varied. They can be used for everything from creating presentations to simulating 3D objects. In addition, rendering can be used to test designs before they are ever created in physical form. Finally, rendering is an essential part of graphics design and animation workflows.

How to Develop Rendering Skills

Rendering skills are becoming increasingly important in the digital age. With devices like smartphones and tablets becoming more commonplace, it’s no surprise that businesses are turning to 3D rendering to create realistic images and videos for their websites, social media posts, and marketing materials. 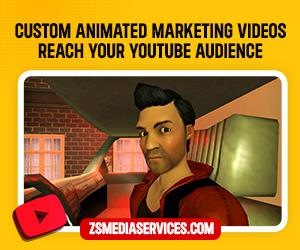